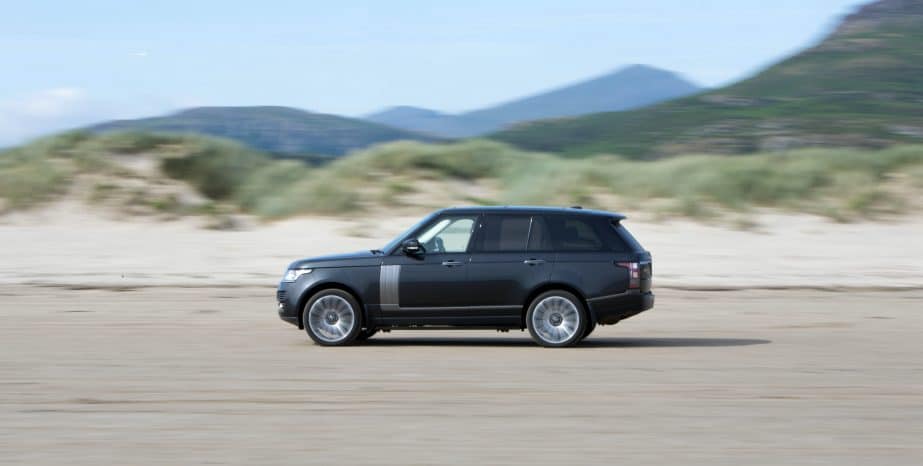 Two people in an SUV which was reported stolen ran a red light, slammed into three other vehicles, and then fled the scene on foot.

The wreck happened in North Hills, at the intersection of Nordhoff and Hayvenhurst. According to witnesses, a Honda Civic bore the brunt of the damage. Witnesses said the two people inside the Range Rover fled on foot after the crash. “I seen the guy getting out of the Range Rover and I thought maybe he was injured,” one said. “And they were like he’s going for it, he’s running.” Investigators obtained the suspects’ DNA and are also reviewing surveillance video looking for clues.

One person in the Civic died and at least two other victims were rushed to nearby hospitals with serious injuries.

When they arrive at hospitals, most car crash victims receive prompt, professional treatment for broken bones, severe lacerations, and other obvious physical injuries. Whiplash, one of the most common car crash injuries, is different.

Most diagnostic tests, like X-rays, do not detect this soft tissue injury. When the neck suddenly snaps back and forth, as it does in a car wreck, the motion severes the nerves in the neck. Doctors often dismiss the initial symptoms, such as stiffness, as soreness from the wreck.

Therefore, many victims do not receive effective treatment until their symptoms are more advanced. These symptoms include pain which radiates from the shoulders to the arms. By this time, whiplash is much more difficult to treat. In many cases, whiplash causes permanent paralysis, if the symptoms get to this point.

A Los Angeles personal injury attorney quickly connects victims with doctors who focus on such injuries. These professionals know how to diagnose early stage whiplash. A stitch in time usually saves nine. Aggressive early treatment prevents whiplash and other car wreck injuries from getting worse and increasing the amount of medical bills.

Statistics vary in different jurisdictions, but typically, law enforcement investigators solve less than 10 percent of hit-and-run accidents. Unless the at-fault driver voluntarily confesses, there is simply not enough evidence to go with, at least in criminal court.

Prosecutors must identify the car as well as the driver. Furthermore, they must prove these things beyond any reasonable doubt.

Civil court is different. Usually, if a Los Angeles personal injury attorney can identify the vehicle, that evidence will hold up in court. The burden of proof is only a preponderance of the evidence, or more likely than not.

The above story is a good example. Assume authorities use the Range Rover’s GPS technology and trace it to a certain residence after its theft. That proof is far too tenuous to hold up in criminal court. But it’s more likely than not that the owner of that residence was driving the vehicle at the time of the collision.

Damages in these claims are often high, because most jurors pretty much hate hit-and-run drivers. These damages usually include compensation for economic losses, such as medical bills, and noneconomic losses, such as pain and suffering. Hit-and-run crash victims are usually entitled to significant compensation. For a free consultation with an experienced personal injury attorney in Los Angeles, contact the Law Offices of Eslamboly Hakim. You have a limited amount of time to act.

Photo by Samuel Thompson on Unsplash