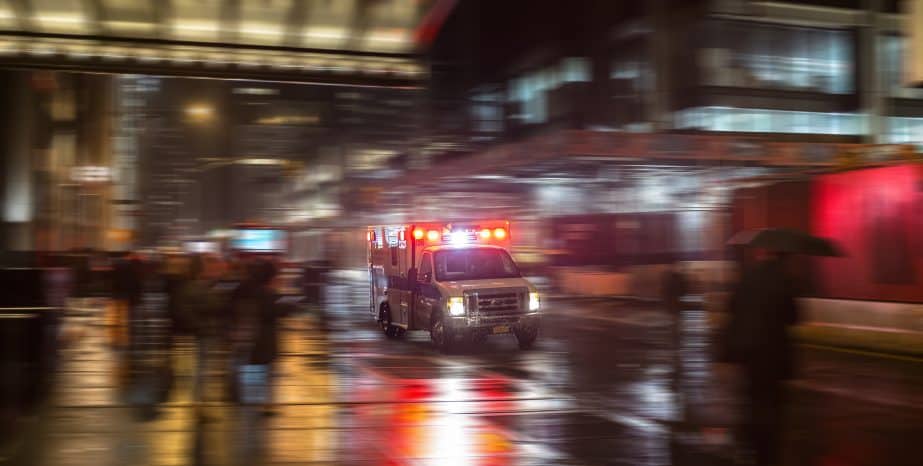 Investigators believe that speed was a factor in a dual fatal car wreck which snarled rush hour traffic for several hours.

According to police, the car travelled for several blocks after the driver lost control of it. Eventually, the driver smacked into two parked cars. The force of the collision ejected one person from the vehicle. That victim was declared dead at the scene. Another occupant died inside the vehicle, and two others were rushed to an area hospital.

Excessive velocity is a factor in about a third of the fatal vehicle collisions in California. Speed increases the risk of a crash and the severity of a crash.

Speed multiples stopping distance, because speeding drivers have less time to react to an emergency. At 30mph, most vehicles travel about six car lengths in the few moments it takes for a driver to see a hazard, apply the brakes, and safely stop the car. At 60mph, stopping distance triples to eighteen car lengths.

Furthermore, speed multiples the force in a collision between two objects, according to Newton’s Second Law of Motion. In other words, in this context, excessive speed transforms non-injury “fender benders” into serious injury collisions.

Legally, speed related crashes could involve the negligence per se rule or the ordinary negligence principle.

If tortfeasors (negligent drivers) exceed the posted limit and cause crashes, they could be ;liable for damages as a matter of law.

Other motorists operate too fast for the prevailing conditions. They do not slow down when it rains or at night. Therefore, even if the driver is operating below the posted limit, the driver could still be negligent.

These claims involve some unique emotional and legal issues. A Los Angeles personal injury attorney must deal with both of them.

Except in taxi crashes and other such incidents, injured passengers typically know the tortfeasors. Therefore, these victims hesitate to bring damages claims.

But these claims do not directly affect the negligent driver. The insurance company is financially responsible for the defense and any damages payment. True, the insurance company will probably drop the driver or sharply increase the driver’s premiums, but that would have happened anyway.

Many passenger injury claims also involve the assumption of the risk defense. California victims are responsible for their own injuries if they voluntarily assume a known risk.

Typically, people voluntarily get into motor vehicles. But in most cases, the risk of a car crash is a statistical risk, as opposed to a known risk. So, this defense usually does not apply.Speeding drivers often cause serious injuries. For a free consultation with an experienced Los Angeles personal injury attorney, contact the Law Office of Eslamboly Hakim. Attorneys can connect victims with doctors, even if they have no money or insurance.