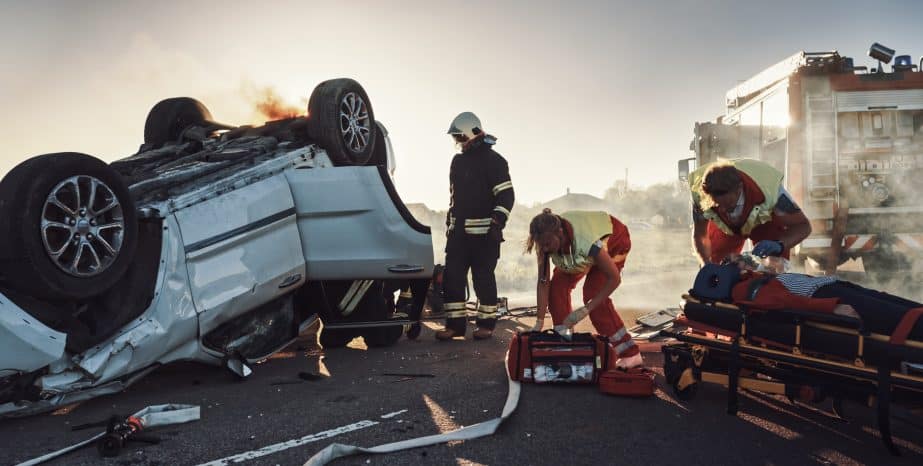 The wreck happened on the eastbound side of the freeway near Val Verde. According to the California Highway Patrol, a vehicle was travelling very fast when it smashed into a 2018 Nissan. The force of the collision sent both Nissan occupants to a local hospital, where they were subsequently declared dead. The teenager was driving a black Honda Odyssey. The driver and a passenger were seriously injured.

According to witnesses, two other Honda occupants fled the scene on foot, and they are still at large.

Excessive velocity is a factor in about a third of the fatal car wrecks in Los Angeles. Speed increases the risk of a collision, as well as the force in a collision.

Velocity multiplies stopping distance. It only takes a few moments for drivers to see hazards, move their feet to their brake pedals, and safely stop their cars. At 30mph, most vehicles travel six car lengths in this brief time. At 60mph, stopping distance triples to eighteen car lengths. Certain factors, such as environmental conditions and vehicle weight, increase stopping distance even more dramatically.

Furthermore, according to Newton’s second law of motion, speed multiplies the force in a collision. The old story about a penny dropped from the top of the Empire State Building being fatal to a pedestrian on the street has a grain of truth. Speed multiples force even more than it multiplies stopping distance.

Speed-related collisions could involve the negligence per se rule or the ordinary negligence doctrine. If drivers exceed the posted limit and cause a crash, they could be liable for damages as a matter of law. This includes not only “Speed Limit” signs, but also warning signs, like “Caution: Curve Ahead.” If drivers operate too fast for the conditions, such behavior could constitute a lack of reasonable care. Examples include refusing to slow down in the rain or at night.

Teenagers under 18 cannot legally own property. Therefore, if a teen causes a wreck, the negligent entrustment doctrine usually comes into play. This doctrine works a bit differently in California. Owners could be financially responsible for damages in such situations pursuant to Vehicle Code Section 17150, the permissive use statute.

In other states, victim/plaintiffs must prove the owner knew the entrusted driver was incompetent in some way. Examples include no drivers’ license or a very poor driving record. But there is no such requirement in California.

A Los Angeles personal injury attorney might also be able to hold owners financially responsible for damages in commercial cases, like U-Haul truck and Enterprise car wrecks. These cases are different as well, because of the Graves Amendment. Speeding drivers often cause serious injuries. For a free consultation with an experienced Los Angeles personal injury attorney, contact the Law Office of Eslamboly Hakim. Attorneys can connect victims with doctors, even if they have no money or insurance.