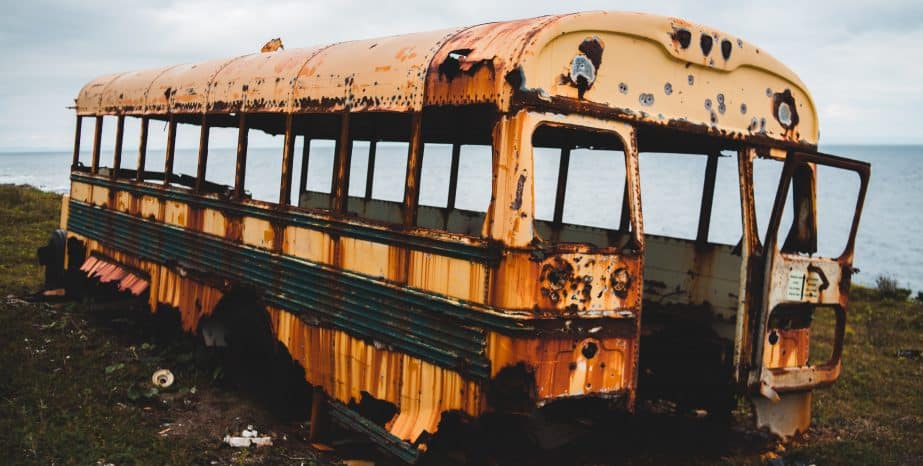 In 1991, a tour bus full of Girl Scout campers and leaders overturned on its way back from Palm Springs. Seven people died and almost fifty were seriously injured in an incident emergency responders still use as a training tool.

The teenage Scouts, along with eight chaperones, were returning from a “California Dreamin’” tour which included a stay in the San Jacinto Mountains. The bus reached speeds of 64mph as it barreled down the steep Tramway Road. Eventually, the driver lost control of the bus, which careened off the narrow road and smacked into several large boulders. The crash has had a lifelong impact on emergency responders, the victims, and the physicians who treated them.

Later, the National Transportation Safety Board concluded that “the loss of speed control while descending Tramway Road because of the bus driver’s use of improper driving techniques for mountainous terrain” primarily caused the wreck. Contributing factors included “the out-of-adjustment brakes, which had not been detected in the Mayflower Contract Services, Inc., maintenance reporting and inspection procedures.”

Overall, excessive speed is one of the leading causes of vehicle collisions. Velocity increases the risk of a wreck. Fast-moving drivers have less time to react to changing conditions, like a car which changes lanes suddenly, an unanticipated curve, or an unexpected hazard. Furthermore, according to Newton’s Second Law of Motion, speed multiplies the force in a collision between two objects. So, speed essentially transforms a “fender bender” collision, which only causes property damage, into a serious injury wreck.

Other causes of vehicle collisions in general, and bus wrecks in particular, include fatigue and distraction.

Circadian rhythm fatigue is a serious problem among bus drivers. Most people are naturally drowsy at certain times of day, such as early morning and late night, no matter how much rest they had the night before. Many bus drivers are behind the wheel at these times.

Fatigue and alcohol both impair motor skills and cloud judgement abilities. Driving after eighteen consecutive awake hours is like driving with a .05 BAC level. That’s above the legal limit for commercial operators in California.

Many bus drivers are also distracted, but not because they use devices. Most bus owners have strict rules which forbid such conduct. But bus drivers are not only responsible for roadway safety. They must also keep passengers safe while they are on the bus. Drivers must ensure that the aisle is hazard-free and that disagreements between passengers don’t become violent. Furthermore, many companies expect bus drivers to double as tour guides.

These points also involve a bus driver’s duty of care. In California, “[a] carrier of persons for reward must use the utmost care and diligence for their safe carriage, must provide everything necessary for that purpose, and must exercise to that end a reasonable degree of skill.”

Furthermore, as mentioned, commercial drivers must keep passengers safe while they are on board. This responsibility begins immediately prior to pickup and does not end until after drop off.

Most bus wreck claims involve either the ordinary negligence doctrine or the negligence per se rule.

Basically, ordinary negligence is a lack of care. The driver’s misconduct must be so extreme that it constitutes negligence. Speed is a good example. Most jurors wouldn’t say that a driver who was travelling less than 5mph over the limit was negligent. But their opinion changes if the driver was travelling more than 10mph over the speed limit.

If the driver was negligent, the company which owned the bus is usually financially responsible for damages. The respondeat superior doctrine applies if the at-fault driver was:

California law broadly defines these key terms. For example, an unpaid volunteer is most likely an “employee” for negligence purposes. The bus owner or other organization controls these individuals, in terms of things like routes travelled.

Negligence per se is basically the violation of a safety statute. At-fault drivers could be liable for damages as a matter of law if:

The respondeat superior doctrine also applies in negligence per se claims. So, it’s easier for a bus accident lawyer to obtain maximum compensation in a serious injury claim. Many bus drivers have only the minimum amount of insurance. Other possible responsible parties include contractors and inspection companies. Bus crashes often cause numerous serious injuries. For a free consultation with an experienced personal injury attorney in Los Angeles, contact the Law Offices of Eslamboly Hakim. You have a limited amount of time to act.

Photo by Erik Mclean on Unsplash