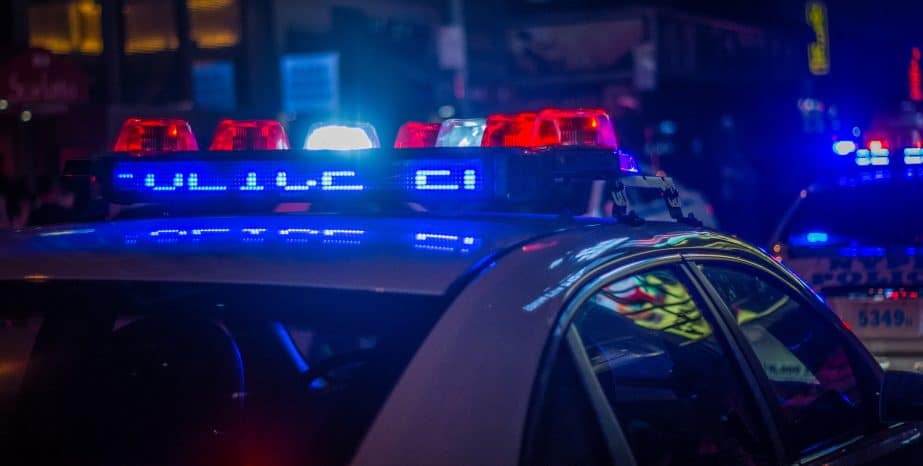 An LAPD officer justified a high-speed chase by saying “a young person [was] driving insanely fast on residential streets and he could’ve killed many more people.” But if officers had used different tactics, most likely no one would have died.

After police broke up a street takeover a short distance away, a person driving an SUV fled the scene. He tried to swerve around a bus, lost control of his vehicle, and smashed into a Halloween pop-up store. The SUV barreled through almost the entire store before it finally came to rest. One woman, who was between 25 and 30 years old, died at the scene. Several other people were seriously injured.

The suspect surrendered at the scene. Police claim the incident did not count as a chase because they did not use a motor vehicle.

Street takeovers are basically impromptu car shows. A few motorists get together to take turns doing donuts and performing other mild stunts. Such gatherings are annoying and technically illegal, but in most cases, no one gets hurt. However, police chases usually change everything.

As for the chase itself, whether officers use helicopters or patrol cars to pursue nonviolent suspects, the results are usually the same. Suspects feel the thrill of a chase as much as officers, so as long as the cops keep chasing, they keep running. Therefore, when a crash occurs, the onus is squarely on officers. Available technologies, like shootable GPS trackers, eliminate the need for chases. Yet dangerous pursuits continue.

Car crash injuries are especially severe in high-speed wrecks. Speed multiplies the force in a collision between two objects. So, a non-injury fender-bender that everyone drives away from becomes a serious collision that oftentimes seriously injures or kills someone.

Speed also increases the risk of a collision. Speeding vehicles are harder to control, which is why they sometimes leave the road and end up in Halloween stores. Off-road collisions are especially common if the driver tried and failed to negotiate a turn or curve.

Procedurally, police chase victims must normally file notice of claims before they file legal actions. A notice of claim gives a police department a chance to settle the matter quietly and privately. If the defendant’s settlement offer is unacceptable, a Los Angeles personal injury attorney may file a legal action.

This fatality is not statistically a Halloween fatality, but it is very close. October 31 is 50 percent deadlier for pedestrians than the other days of the year.

There is almost nothing anyone can do to prevent high-speed police chase injuries. But there are some ways you and your kids can stay safer while trick-or-treating. After a year off from this annual ritual, these rules bear repeating:

Damages in a pedestrian injury claim usually include compensation for economic losses, such as medical bills, and noneconomic losses, such as pain and suffering. Car accident victims are usually entitled to significant compensation. For a free consultation with an experienced personal injury attorney in Los Angeles, contact Attorney Sharona Hakim at the Law Offices of Eslamboly Hakim. You have a limited amount of time to act.

Photo by Michael Förtsch on Unsplash