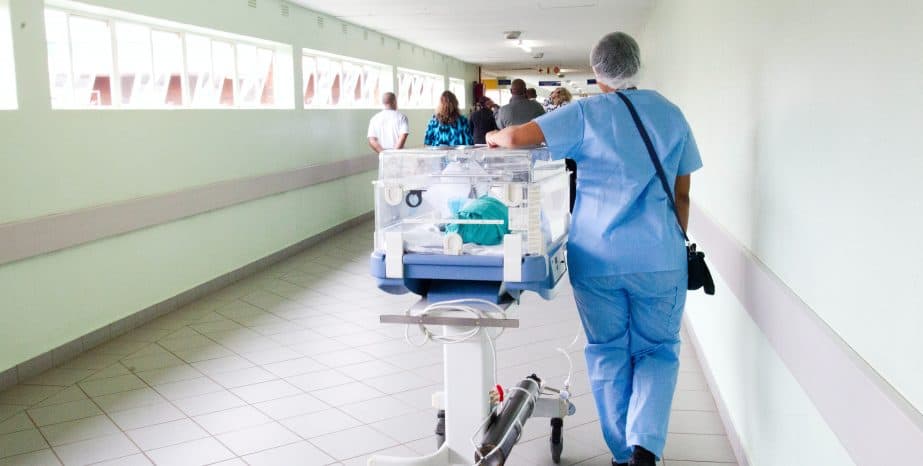 Sometimes, infant deliveries involve great courage. Inés Ramírez Pérez is the Mexican woman who, in 2000, performed an emergency C-section on herself with a kitchen knife. She had no medical training whatsoever and drank a couple of shots of whiskey before she cut her baby out of her own abdomen. Remarkably, both she and her baby survived. Perhaps even more remarkably, the 40-year-old woman, who was already a mother of six, supposedly took the bus to the hospital after it was over.

But most birthing emergencies don’t involve such courage. In fact, many of these situations involve some very poor choices. Mothers and babies usually pay the price for these poor decisions.

Doctors have a very high legal duty of care in California. As a result, it’s easier for a Los Angeles personal injury attorney to prove negligence, or a lack of care, in these situations. If negligence causes injury, the victim may be entitled to substantial compensation. This compensation usually includes money for economic losses, such as medical bills, and noneconomic losses, such as pain and suffering. Additional punitive damages might be available as well, in some situations.

Delivery room crises, which are discussed below, usually do not erupt out of nowhere. Frequently, the warning signs appear during prenatal visits, and although these warning signs are rather obvious, doctors sometimes ignore or minimize them.

LGA babies and AMA mothers are two good examples. Infants are Large for Gestational Age (LGA) if their size exceeds certain levels at certain points of gestation. Large babies are highly at risk for shoulder dystocia and other such issues. Unfortunately, some doctors ignore LGA risks, reasoning that there’s no reason for aggressive interventions at such an early stage. However, most babies get bigger instead of smaller, so the risk usually gets higher instead of lower.

The Advanced Maternal Age (AMA) cutoff has inched up over the years. Currently, moms over 35 are usually considered AMA. Because of this increase, many doctors consider mothers in their mid 30s, or even upper 30s, as “borderline” AMA. Therefore, if things go sideways in the delivery room, these difficulties often blindside these doctors.

We mentioned shoulder dystocia above. SD is the most common and most serious delivery room compilation. If a baby’s shoulders become lodged in a mother’s birth canal, the umbilical cord continues dropping. That motion could cause hypoxia (lack of oxygen to the brain) as the cord essentially strangles the baby. At that point, permanent brain damage could occur in less than five minutes.

Frequently, these head and other injuries are not apparent right away. The standard medical line in these situations is that there were “some complications” during delivery, but everything is fine now. Then, a few days, weeks, months, or even years later, it becomes apparent that everything is not fine.

No matter how much time passes, these families usually still have legal options, thanks to the delayed discovery rule. Victims need not file claims until they know the full extent of their injuries, or their child’s injuries, and they connect those injuries with the doctor’s negligence. Very few things transform sheer joy into sheer sadness like a serious birth injury. For a free consultation with an experienced personal injury attorney in Los Angeles, contact the Law Offices of Eslamboly Hakim. We do not charge upfront legal fees in these matters.