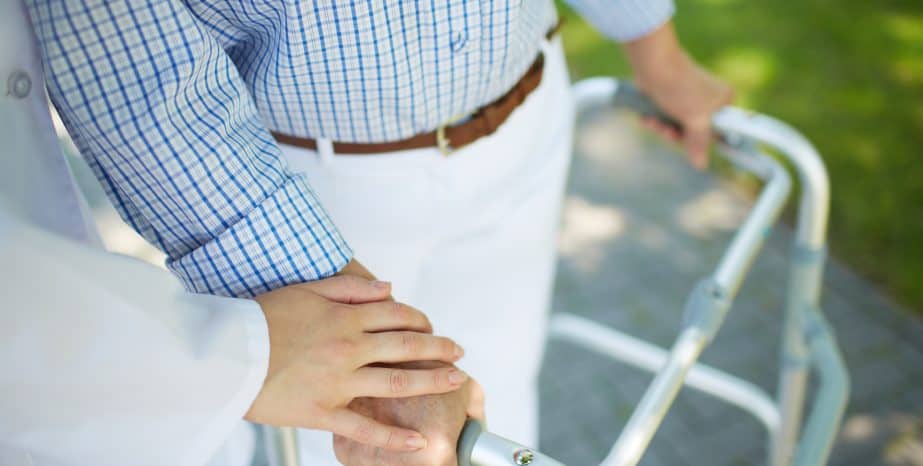 Anyone can fall in any place, but seniors who fall in nursing homes are the most common fall injury victims. As nursing homes become increasingly overcrowded, these risks increase as well. In a nutshell, at many facilities, there are too many residents and not enough people to keep them safe.

There are individual risks as well, such as gait disorders. Many older adults shuffle their feet instead of taking striding steps. As a result, when they lose their balance, they cannot recover and usually fall. As outlined below, the physical and emotional injuries that older adults sustain as the result of a fall are usually more serious as well.

Because of the serious nature of these injuries, these victims need and deserve substantial compensation. A Los Angeles personal injury attorney is able to obtain it. Usually, these injury claims settle out of court. So, victims don’t need to re-live these incidents during a public trial. They just collect their compensation and move on with their lives.

We mentioned physical and emotional slip-and-fall injuries above. Let’s look at these wounds in more detail.

Broken bones are usually the most serious fall injuries among older adults. Since many of these victims have osteoporosis and other pre-existing conditions, a fall usually shatters their bones instead of merely breaking them. Because of their frail physical condition, many of these victims cannot tolerate the extensive surgery and physical therapy needed to regain lost functions. So, they must deal with permanent lack of mobility.

Incidentally, insurance companies cannot use a victim’s vulnerabilities as an excuse to reduce or deny compensation. According to the eggshell skull rule, defendants must take victims as they find them, whether they have eggshell skulls or brittle bones. A fundamental rule of life is that no one should profit because of another person’s vulnerabilities.

Among nursing home residents, fear of a repeat fall is usually the most significant emotional injury. This fear prompts most fall victims to stay in their rooms and perhaps in common areas. The days of going out for a walk or taking yoga are gone. This inactivity causes their muscles to atrophy, which ironically makes them more susceptible to future falls.

All California property owners, including nursing home owners, have a duty of care to keep the people on their property safe. The exact extent of this duty varies according to several factors, such as:

All these factors clearly point to a high level of legal responsibility for nursing home owners. These owners cater to older people with pre-existing conditions. As mentioned above, the possibility of a fall is high and the possible injuries are severe. Furthermore, except for a resident’s private room, the owner has exclusive control over the interior and exterior of the property.

Knowledge is usually the most significant issue in nursing home fall claims. Occasionally, direct evidence of actual knowledge, like a restroom cleaning report, is available. Generally, however, a Los Angeles personal injury attorney must use circumstantial evidence of constructive knowledge (should have known).

Think about a banana peel on the floor. If the peel was yellow, it probably just fell on the floor, so the owner probably didn’t know about it. Things are much different, however, if the peel was black and gritty. In that case, it had probably been on the floor for a while, and an employee should have picked it up.

Assumption of the risk and comparative fault are the two most common defenses in fall injury claims. Arguably, neither applies to nursing home falls.

Comparative fault essentially shifts blame for a fall, car crash, or other injury accident to the victim. In fall claims, insurance companies basically argue that the victim didn’t watch where s/he was going.

This defense is often effective. But many older adults suffer from Age-related Macular Degeneration. AMD obscures the straight-ahead vision people need to maintain balance. This condition is especially bad in low-light environments. So, older victims often cannot see wet spots, uneven flooring, and other such hazards. You cannot avoid what you cannot see.

This condition also affects the assumption of the risk defense. This legal doctrine excuses landholder negligence if the victim voluntarily assumed a known risk. This defense often hinges on a warning sign, like “Construction: Keep Out.” Insurance companies must do more than prove the victim saw the sign. Lawyers must also prove, by a preponderance of the evidence, that the victim could read the sign and could understand what it means. Nursing home fall victims are usually entitled to significant compensation. For a free consultation with an experienced personal injury attorney in Los Angeles, contact the Law Offices of Eslamboly Hakim. After hours, virtual, and hospital visits are available.