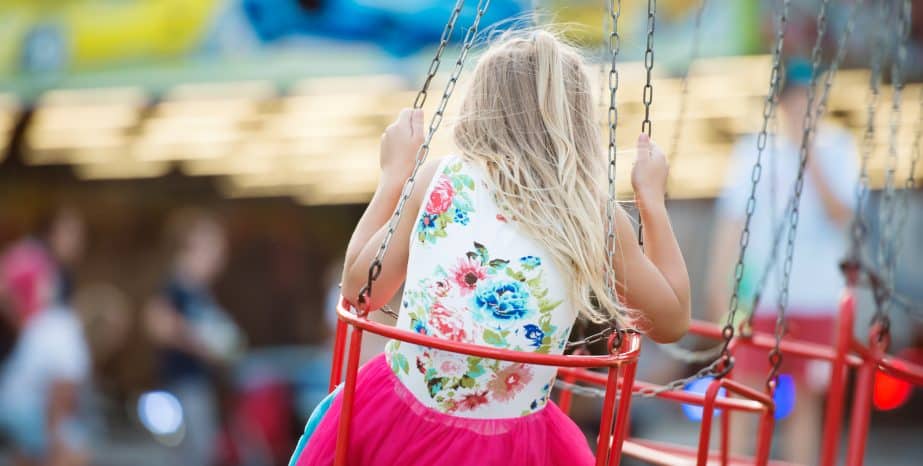 It was a nightmare-come-true at the Ohio State Fair in July 2017 when a thrill ride malfunctioned.

The Fire Ball is one of America’s most popular fairground thrill rides. Its claw holds several rows of 4 seats each. The claw then spins while swinging back and forth like a pendulum. The Fire Ball is made by a Dutch company called KMG, and it’s sold all over the world.

During the tragic accident, one entire row snapped, detached, and fell off the claw. The force of the swing sent passengers hurtling towards the ground at around 40mph. Meanwhile, another row of passengers slipped out of their seats and fell to the ground as well.

Several people screamed as they watched it all happen, helpless and in shock. Some of those people were waiting in line for their turn on the ride at the time. No doubt, they all shared the same thought—that could have been me.

18-year-old Tyler Jarrell died from his fall. He was supposed to start his senior year at Franklin Heights High School this year.  7 more people were also injured from their 20-foot fall to the concrete.

Cause of Tragedy at Ohio State Fair is Unclear

The tragedy at the Ohio State Fair is still under investigation. Authorities plan to perform an “autopsy” on the machine to figure out what exactly went wrong. Obviously, someone, somewhere in the process, messed up. And, unfortunately, it ended up in tragedy, killing one person and injuring several more.

As with any serious injuries, injuries from a state fair have lifelong consequences for the injured party. In cases where the injuries are fatal, state fair injuries have lifelong consequences for the victims’ families.
If you have been injured at a state fair or by someone who works there, you could have a legal claim against the responsible party. A personal injury lawyer experienced in state fair injuries can help you get all the compensation you deserve from the responsible party.

If you or a loved one were injured in a state fair accident, contact a State Fair Injury Attorney to help you. Schedule a free initial consultation with a lawyer experienced in state fair accidents. Contact the Law Offices of Sharona Hakim in Los Angeles County. Call 800-LAW-TALK (529-8255) or contact us online.