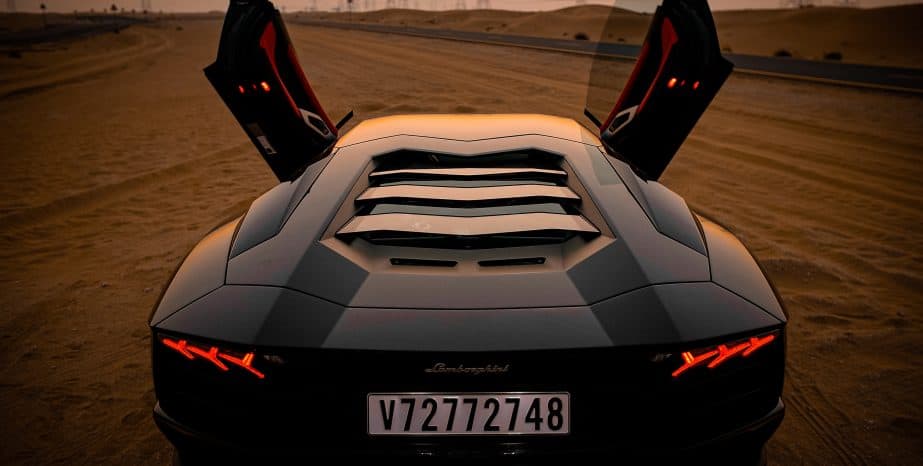 In the parking lot of a luxury car rental agency, the 10-year-old son of Ben Affleck learned there’s a big difference between the battery-operated toy Lamborghini he got for Christmas a few years ago and a real one that rents for $1,475 a day.

Apparently, while the family was checking out the inside of the car, Sam unintentionally put the car in reverse and backed into another parked car. A family spokesperson said the crash caused no damage and no injuries.

Photos taken at the scene of this disastrous car wreck show Ben checking for damage, Dad hugging his son, and mom Jennifer Lopez playing on her smartphone.

Just because everyone acts okay, that doesn’t mean that everybody is okay. After a low-speed accident, many people don’t “feel” hurt. Adrenaline masks pain, at least for a few hours. By the time victims start feeling real pain, their head injuries and other wounds are usually much worse and much more difficult to treat.

Additionally, most serious injury collisions are high-speed collisions. However, many people have pre-existing medical conditions which increase their vulnerability to injury. For example, if Michael has a bad knee, if he bangs his knee during a wreck, that seemingly minor injury could have serious consequences.

Many people don’t have the money to see a doctor in these situations. Or, they visit a family doctor who may not be qualified to assess car crash injuries. A Los Angeles personal injury lawyer not only connects victims with top-notice doctors who charge nothing upfront for their services. In many cases, lawyers negotiate with these providers and lower their bills. Therefore, victims could keep more of their settlement money, because of California’s complex collateral source rule.

Legal Issues You Should Know

If you hit a car in a parking lot, or if you get hit in a parking lot, notice requirements vary in different states. In California, you must always give the other driver your insurance information and contact information, regardless of fault or the amount of money involved.

Failure to leave such information could result in hit-and-run charges, even if the other driver was legally responsible for the wreck.

While we’re on this subject, we should talk about the legal impact of such wrecks. These impacts vary in different states. California is a tort state, which means any car accident claim, even one that only causes property damage, could go to court.

However, beware of super-fast settlements. Some adjusters try to cut a check on the spot after only a brief, visual investigation. If the repairs cost more, for any reason, the insurance company won’t pay the higher cost.

Additionally, these settlements are final. If Jerry’s car is seriously banged up in a crash, it may never run right again, even after a mechanic fixes it. However, the insurance company doesn’t care.

Vehicle collisions usually cause serious injuries. For a free consultation with an experienced Los Angeles personal injury lawyer, contact the Law Offices of Eslamboly Hakim. You have a limited amount of time to act.