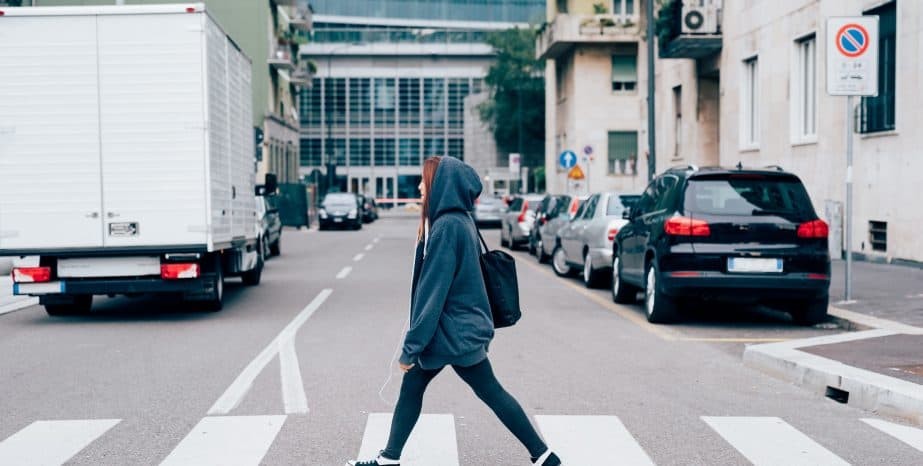 For the most part, these incidents are not accidents. Instead, driver negligence causes almost all pedestrian injuries. To better reflect this fact, many organizations have changed the words they use.

“When you use the word ‘accident,’ it’s like, ‘God made it happen,” noted former National Highway Traffic Safety Administration Director Dr. Mark Rosekind. Several governmental and private organizations, including the City of New York, Massachusetts Department of Transportation, and Associated Press have adopted policies that limit or eliminate the a-word when describing car crashes.

Words have meaning in our society. In the early twentieth century, factory owners called worker injuries “industrial accidents” to shift blame from their dangerous facilities onto the victims of these tragedies.

Speed is an important factor in car crashes in general, and in pedestrian injuries in particular. If the driver was travelling slower than 20mph, the pedestrian death rate is about 5 percent. The fatality rate skyrockets to 85 percent at impact speeds greater than 40mph.

Most pedestrian injuries are high-speed impacts. Typically, pedestrians are not in crosswalks. This fact sometimes gives rise to a common insurance company defense, as outlined below.

Furthermore, many pedestrian accidents happen on semi-rural roads. This factor contributes not only to the severity of the initial impact, but to the seriousness of the injuries in general. These victims are usually further away from hospitals and emergency responders. A few extra minutes, or even a few extra seconds, often make a significant difference.

Speed does not just increase the severity of a collision. Speed increases the risk of a collision. If a driver sees a pedestrian in the road or another hazard and the driver is travelling 30mph, the vehicle travels about six car lengths before it safely stops. At 60mph, this stopping distance triples to eighteen car lengths. Other factors, such as vehicle weight and environmental conditions, might increase stopping distance even more.

Excessive speed also illustrates the two major theories of recovery in these cases, which are negligence per se and ordinary negligence.

Negligence per se is the violation of a safety statute. Tortfeasors (negligent drivers) might be liable for damages as a matter of law if:

Frequently, emergency responders do not issue tickets in these situations unless the victim was killed and fault was crystal clear. Additionally, as outlined above, speed can still be a significant factor in pedestrian injuries even if the driver was technically traveling below the posted limit.

In these situations, Los Angeles personal injury attorneys turn to ordinary negligence. Essentially, negligence is a lack of care. Most noncommercial drivers have a duty of reasonable care. They must obey the rules of the road, both written and unwritten ones, and drive defensively. Commercial drivers, such as Uber drivers, usually have a higher duty of care.

If drivers breach the duty of reasonable care and that breach causes injury, the driver might be responsible for damages. So, a negligence action does not “blame” anyone for the incident. It’s just a way to obtain needed compensation. After all, we all make mistakes, and we must all accept the consequences of our mistakes.

As mentioned, most pedestrian accidents occur outside marked crosswalks. So, insurance company lawyers often claim the victim “darted out into traffic.” This argument sets up the sudden emergency defense. This legal loophole excuses negligence if the driver:

Most drivers react reasonably after collisions. They pull over and wait for emergency responders to arrive. But a jaywalking pedestrian is usually not a sudden emergency. This label only applies to lightning strikes, hood fly-ups, and other completely unexpected situations.

Distracted walking could be a defense as well. If the victim was using a smartphone or otherwise distracted at the time, the insurance company could use the contributory negligence defense to reduce the victim’s compensation. California is a pure comparative fault state. So, even if the victim was 99 percent responsible for the crash, the driver is still responsible for a proportionate share of damages.

Pedestrian crashes often cause serious injuries. For a free consultation with an experienced personal injury attorney in Los Angeles, contact the Law Offices of Eslamboly Hakim. You have a limited amount of time to act.