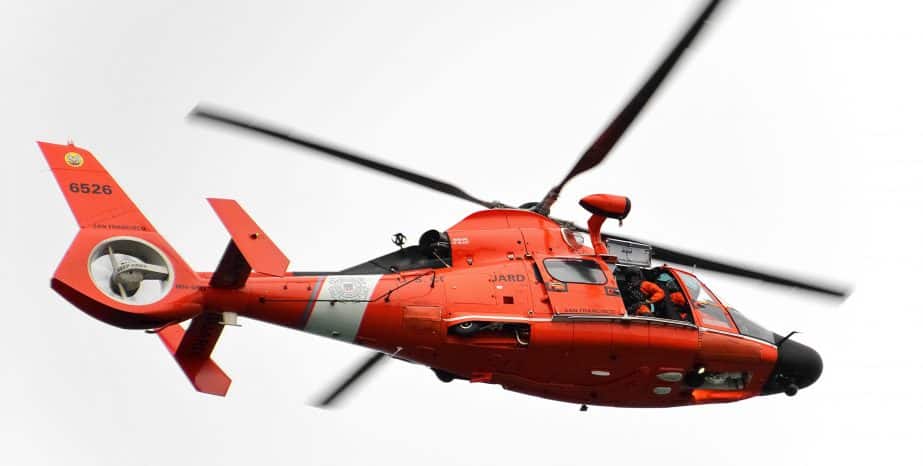 Late one night, a Coast Guard helicopter medevaced a woman off a cruise ship so she could receive emergency treatment at a hospital.

The woman began bleeding internally while the ship was about 200 miles off the North Carolina coast. So, officials on the Anthem Of The Seas, a Royal Caribbean ship, asked the Coast Guard for help. In response, the military sent a helicopter and an HC-130 Hercules to the ship. Crew members used a hoist to bring the woman and a family member aboard the helicopter, while the Hercules provided air cover.

Medical bills, property damage, and lost wages are usually the three largest categories of economic damages in injury claims. The ancillary costs in these categories often exceed the direct costs.

A short, routine medevac flight could cost over $40,000. The flight in the above story was neither short nor routine. Therefore, the cost might easily be three or four times the average amount. Other ancillary medical costs include prescription drugs and future medical expenses. Without health insurance, a new prescription drug could cost several thousand dollars a month. Furthermore, many injuries never fully heal.

Property damage costs have similar issues. Frequently, the family car has an emotional value which exceeds its Blue Book value. Victims deserve compensation for all these losses.

Some people are already sick before they board cruise ships. If their conditions worsen, these individuals usually need emergency medical evacuation. Many cruise ships are more like small cities than oceangoing vessels. However, their medical facilities are usually little more than first-aid stations.

Frequently, clauses buried somewhere deep within a Terms of Use agreement states that passengers are financially responsible for these costs.

However, as we all know, most people do not read a Terms of Use agreement before they approve it. Furthermore, such agreements are often illegal. If people must accept the terms of use as is or they cannot use a service they’ve already paid for, like a cruise on a ship, the agreement is often invalid.

So, no matter what a Terms of Use agreement says about pre-existing illnesses, a California personal injury attorney can usually obtain compensation in these cases.

On-board illnesses, like seasickness and infectious diseases, are even more common. Seasickness is usually not much of a problem. However, many people are allergic to these medicines. As mentioned, cruise ship medical facilities are often rather primitive. So, the people who staff these stations often have a “take two and call me in the morning” attitude about such illnesses.

Infectious diseases, like coronavirus, could spread like wildfire on a cruise ship. If the cruise ship owner did not follow basic precautions and the victim establishes that the infection probably happened on the ship, the company is responsible for damages.

Falls, drownings, and assaults are the most common kinds of trauma injuries on cruise ships. Usually, the cruise ship is financially responsible for these injuries. The legal specifics often depend on the ship’s location.

Even the largest cruise ships usually have dark, narrow hallways. Furthermore, the decks are often wet and windy. The resulting falls often cause head injuries and broken bones. These injuries are normally permanent, at least to an extent.

“Man overboard” downings are also common on cruise ships. Most people fall at least two or three stories into the water below. Assuming they survive these falls, these ships are so busy that a person who falls overboard might not be missed for several minutes. So, the survival rate is rather low.

Alcohol flows freely on most cruise ships, so alcohol contributes to these injuries. Pre-existing conditions, such as alcohol intoxication, could reduce the amount of compensation the victim receives. But such conditions usually do not bar compensation altogether.

We mentioned legal liability issues above. Typically, if the cruise ship is docked or is in U.S. territorial waters, the law of the closest state applies. Federal laws, like the Death on the High Seas Act, usually apply in international waters. Accident victims are usually entitled to significant compensation. For a free consultation with an experienced personal injury attorney, contact the Law Offices of Eslamboly Hakim. You have a limited amount of time to act.