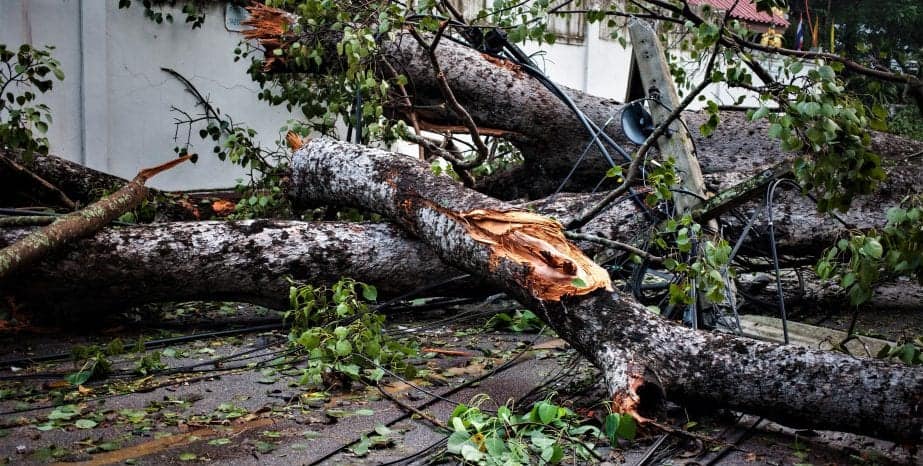 A wind-damaged roof is the leading homeowners’ insurance claim in the United States. Frequently, wind damage is associated with another kind of loss, such as wildfire damage. That’s especially true in Southern California.

More frequently, however, wind damage is a standalone claim. When they are built, most roofs are designed to withstand sustained high winds. But years of wear and tear reduces this capability. Generally, a 50mph gust is sufficient to damage most residential roofs.

When wind damage occurs, the insurance company typically has a legal duty to pay the claim within 90 days. The company must pay the current replacement value of the damaged portion. Additionally, if more damage-related work is needed, the insurance company must generally pay for that as well. Finally, if a Los Angeles homeowners’ insurance attorney must intervene and protect your rights, the company typically must pay your legal fees.

If the wind blew hard for even a few minutes, once the storm dies down, look for the following signs of trouble.

Strong winds literally rip shingles off roofs. When shingles go missing, insurance company adjusters often play a frustrating game with homeowners. They initially deny claims, citing a lack of water damage. Later, when these signs appear, insurance adjusters claim that the homeowner waited too long to call, and they deny the claim again. One letter from an attorney is often enough to spur the company to action.

Sometimes, the shingles are strong enough to stay on the roof, but they are not strong enough to emerge from the storm unscathed. Frequently, high winds bend back the edges of shingles. Curling is the industry term for this type of damage. This type of damage is especially common on a roof’s stress points, such as corners, edges, and ridges. Curled shingles no longer prevent water from leaking through the roof and into the house. Homeowners must inspect their roofs closely to see curled shingles. They are difficult to spot.

These damaged shingles are even more difficult to spot. After a cursory look, lifted shingles appear normal. But upon closer inspection, it’s easy to see that the nails are loose. As a result, the water sealant between each layer of the shingle is compromised. The result is not unlike a stress fracture or hairline fracture of the leg. The physical damage is slight, but the repercussions can be very severe.

High winds and heavy rain often go hand in hand. This combination often sweeps granules off shingles and washes them into the gutter. Blocked gutters are a major problem. Many people do not know that gutters primarily protect the foundation. If the gutter is blocked, water spills over the side and pools near the foundation. Blockage also affects the fascia boards which normally support the gutter. The excess water causes accelerated rot and deterioration.

Not many homes in SoCal have fireplaces, partially because chimneys are hard on roofs, especially in high-wind environments. In addition to the aforementioned curled shingles, wind damage to chimney flashing is rather common. This is the part of the house where the chimney meets the roof. This stress point is vulnerable to high winds, or a lesser wind gust at just the wrong angle.

Insurance companies have a duty to promptly address all wind damage claims. For a free consultation with an experienced homeowners’ insurance attorney in Los Angeles, contact the Law Offices of Eslamboly Hakim. After-hours visits are available.