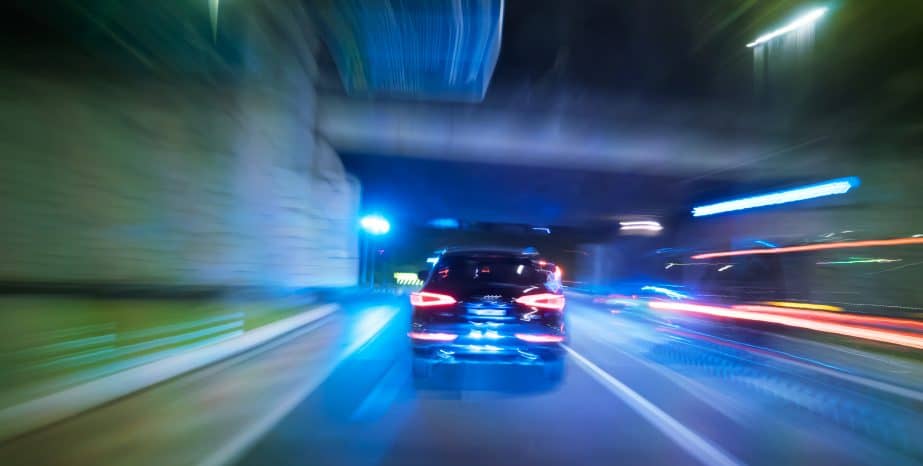 That was a grieving mother’s conclusion after a speeding driver, who was also intoxicated, killed three people, including two children, in a San Bernardino car wreck.

According to police and witnesses, a 31-year-old dad and his four children were legally proceeding through the intersection of University Parkway and Kendall. At that moment, a 31-year-old man, who was allegedly speeding and under the influence of alcohol, ran the red light and smashed into the family. The force of the impact caused the family’s Camry to erupt in a fireball.

The father died at the scene. All four children were rushed to a nearby hospital with serious injuries. Two of them, a 2-year-old girl and a 4-year-old boy, did not survive.

Excessive velocity increases the risk of a collision and the force in a collision. Speed is so dangerous that Los Angeles personal injury attorneys have multiple legal options in these situations.

Speed decreases reaction time. At 30 mph, most vehicles travel six car lengths between the moment the driver sees a hazard and the moment the car safely stops. At 60mph, this stopping distance triples to eighteen car lengths.

Moreover, according to Newton’s Second law of Motion, speed also multiples the force in a collision. In practical terms, speed transforms fender-bender crashes which only cause property damage into serious injury or, as in the above story, fatal collisions.

Drivers who exceed the posted speed limit under any circumstances could be liable for damages as a matter of law. The negligence per se rule applies if:

In California, the posted speed limit is a presumptively reasonable speed under ideal conditions. Thus, speeding drivers could still be negligent if they are driving too fast for the conditions. Examples include wet roads, darkness, and poorly-maintained roads.

Drugs, mostly marijuana or prescription pain pills, and alcohol cause almost half of the fatal vehicle crashes in Los Angeles. Once again, direct and circumstantial evidence is available to prove liability.

If the driver was arrested for DUI or a similar infraction, the aforementioned negligence per se shortcut could apply. This doctrine usually establishes liability even if the driver “beats” the criminal charges in court.

In civil court, the burden of proof is only a preponderance of the evidence (more likely than not). That’s the lowest burden of proof in California courts.High-speed car crashes often cause serious injuries. For a free consultation with an experienced Los Angeles personal injury attorney, contact the Law Office of Eslamboly Hakim. You have a limited amount of time to act.