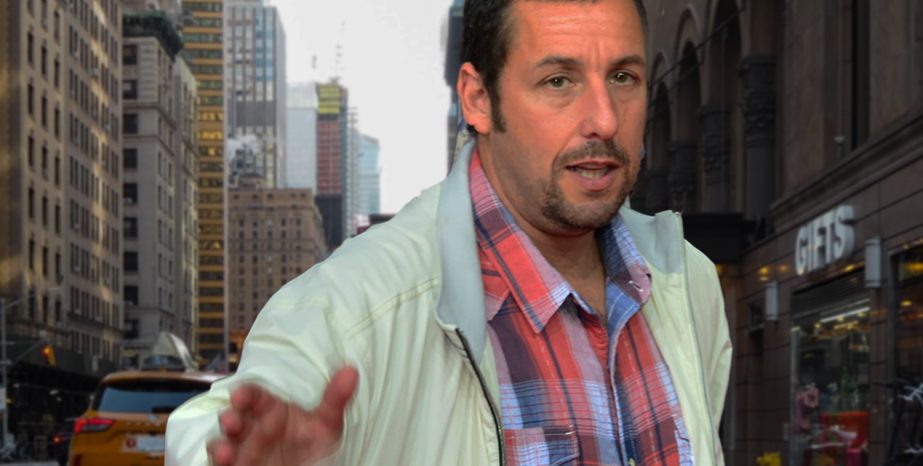 We usually tell people to take pictures after an accident. But we usually don’t tell them to take selfies with the other driver. Then again, most of our clients aren’t Opera Man.

The 55-year-old actor collided with an unidentified woman in Brentwood. Both were smiling as Sandler inspected some dents and scratches on the side of his car. Both people appeared unhurt.

A few days before the devastating collision, Sandler gave the commencement address at his alma mater, NYU’s Tisch School of the Arts. He told parents of graduates there was still time to convince them to accept more stable jobs. “I’m trying to talk my kids out of showbiz, and they know f—ing Adam Sandler,” he added.

Some Quick Dos and Don’ts After a Wreck

Sandler violated at least two cardinal rules in the wake of his accident, but he’s a famous celebrity, which means he gets a pass.

Avoid Speaking to the Other Driver

Frequently, this don’t is easy to follow. Most car crash victims are so seriously injured they’re not in any condition to talk to anyone. However, in seemingly minor wrecks, it’s an important rule to know.

Especially if drivers think they’re at fault for the wreck, they often apologize to the other driver. Usually, when we Californians apologize, we mean to express sympathy. An insurance company lawyer can twist an apology into an admission of liability. So, keep quiet.

Incidentally, the Fifth Amendment doesn’t apply in civil cases. If victims say anything to anyone, their words can come back to haunt them.

Mostly because of shock and adrenaline, many victims don’t “feel” hurt after wrecks. However, they may have sustained a serious head injury, due to the violent motion of a wreck. People with head injuries cannot think clearly, which is another reason to say as little as possible.

On a related note, if victims don’t immediately see doctors, insurance company lawyers usually argue that their injuries weren’t that bad, so they’re not entitled to as much compensation.

As mentioned, insurance company lawyers use every bit of evidence possible to reduce or deny compensation to victims. Your lawyer does the opposite. Attorneys diligently collect evidence, carefully build negligence cases, then aggressively fight for you.

Furthermore, attorneys connect victims with accident damage providers, like doctors and mechanics, who typically charge nothing upfront for their services. Get the help they need, as opposed to the help a penny-pinching adjuster agrees to pay for. Car crashes usually cause serious injuries. For a free consultation with an experienced Los Angeles personal injury lawyer, contact Sharona Hakim at the Law Offices of Eslamboly Hakim. We do not charge upfront legal fees in these cases.