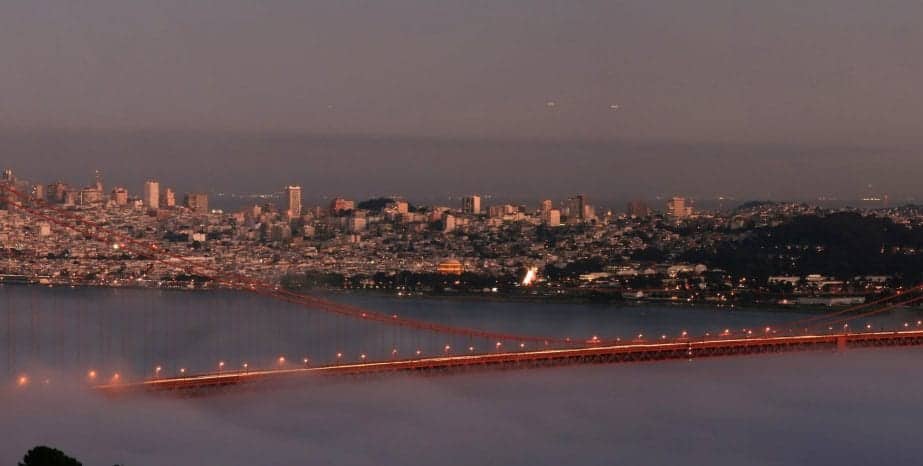 Highway 101 south was closed on a Monday morning when a driver struck a pedestrian.
Just before 3 o’clock in the morning, a driver was giving his friend a lift. He was driving south on the 101 Freeway near San Francisco. After passing the Oyster Point Boulevard exit, he struck something.
The driver claims that he didn’t know what he’d hit, so he kept driving.
The driver then left to drop off his friend at Millbrae before returning to the scene to figure out if he’d hit a pedestrian or an animal.
When the driver could not find a body or carcass, he eventually called 911. But, by that time, 45 minutes had passed since the driver hit the person.
California Highway Patrol officers found the body of the victim on the right shoulder of the 101 South Freeway.
It turned out, the pedestrian was an elderly man. He did not survive.

Several things are still unclear.
What was a pedestrian doing on the freeway, especially when it was still dark? Was he walking, biking or was he drunk or on drugs? Would he have survived if the driver had stayed and called 911 sooner?
It should be noted that the driver was reportedly not under the effects of alcohol or drugs. So why did he think it was more important to drop off his friend than check on who or what he’d hit? Will he face criminal charges?
One thing is clear, however. We must watch for pedestrians, no matter when or where we drive.
At 3 a.m., the sun is still tucked away, and the world is engulfed in darkness. In the eyes of the law, however, drivers must always watch for pedestrians while driving. It doesn’t really matter if pedestrians are jaywalking or walking on the freeway in the dark. If a car hits a pedestrian, the driver may be liable…especially if the pedestrian is killed.
After all, do we really expect a pedestrian to survive against a car?

As with any serious injuries, a pedestrian’s injuries can have lifelong consequences. This is especially true because pedestrians are exposed and aren’t protected by the seatbelt or frame of their car.
If you are a pedestrian who has been injured by someone driving a car, you could have a legal claim against them. A personal injury lawyer experienced in pedestrian-related injuries can help you get all the compensation you deserve from the person responsible.
If you or a loved one were pedestrian(s) injured or killed in an accident, contact an attorney to help you. Schedule a free initial consultation with a lawyer experienced in pedestrian accidents. Contact the Law Offices of Sharona Hakim in Los Angeles County. Call 800-LAW-TALK (529-8255) or contact us online.