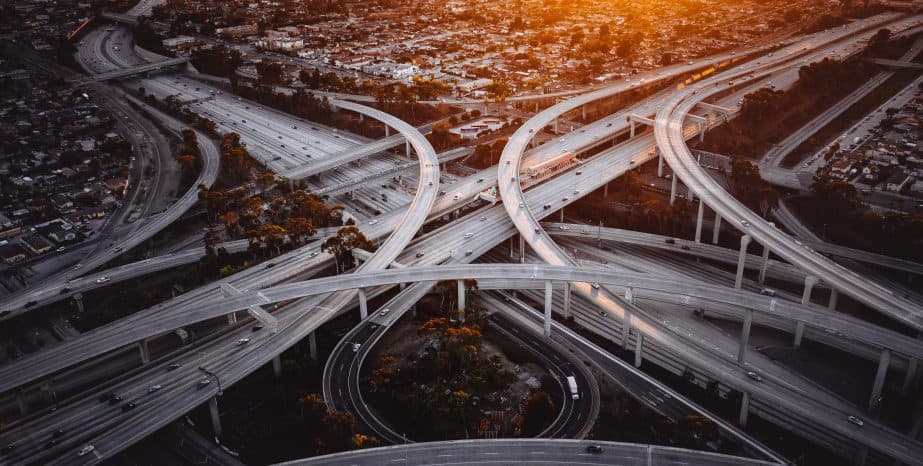 Prepare yourselves for a shock. A national publication just released a list of America’s ten most dangerous interstates. Only three of them are in Southern California. So, hooray for us.

The interstate highway system dates back to the 1950s. Authorities wanted an efficient way to move military assets in the event of a national emergency. If said national emergency arises during rush hour, we all could be in a lot of trouble.

In case you haven’t noticed, today’s cars and trucks are a lot faster and bigger than the clunkers that rolled off assembly lines back in the day. Interstate highways have been updated in some places. Fundamentally, however, they weren’t designed to handle high-speed traffic.

Highway design certainly isn’t the only factor that contributes to car crashes on interstate highways. Driver negligence, mostly excessive speed, is usually the primary factor in these wrecks. Excessive velocity, a problem which got much worse during the pandemic, increases the risk of a wreck and the force in a wreck. During COVID-19 lockdowns, many drivers raced along nearly-empty streets and highways. This bad driving habit appears to be sticking.

Additionally, many of the interstates on this list pass through remote areas. When bad wrecks happen, the nearest hospital usually isn’t very near. It may be a cliche, but seconds count following an accident. EMTs try their best to stabilize victims, but they can only do so much.

As a result, many remote interstate collisions involve medevac helicopter flights. These flights are quite expensive. Frequently, transportation to the hospital is larger than the hospital bill itself.

This interstate highway runs from SoCal to Las Vegas and continues north to Canada. In February 2020, a bus wreck on the San Diego portion of the Escondido Freeway killed three people and injured a dozen others.

Major portions of this freeway, which basically runs from Baltimore through the Midwest to Utah, are under construction. That fact could account for the high fatality rate during 2021.

A bridge collapse on Interstate 35 in Minneapolis in 2007 served as a rallying cry for advocates determined to update America’s highway infrastructure, which as mentioned, is pretty darn old. Unfortunately, the ensuing construction zones may be more dangerous than the aging infrastructure.

Back in the day, there wasn’t much traffic on the GSF, except for a few Sunday drivers. Today, the freeway is crowded and lots of drivers aren’t watching the road.

This freeway runs from Texas through the South to South Carolina. Most of Interstate 20 is flat and straight, so many drivers have a hard time staying awake.

The second-longest interstate in America stretches from San Francisco to New Jersey. The weather gets pretty bad along many portions of Interstate 80. Many drivers, like pre-Sorcerer Supreme Steven Strange, don’t adjust to bad weather conditions.

In 2020, the Michigan Department of Transportation installed a number of high-tech sensors and other gadgets on I-75, which runs from Miami to Michigan’s UP. The jury is still out as to whether these gadgets reduced the number of fatal wrecks.

This east-west interstate connects Barstow with North Carolina via Little Rock, Memphis, and Nashville. Following a familiar theme, speed and bad weather cause and/or contribute to most fatal wrecks on I-40.

I-10, which starts in SoCal and terminates in Florida, passes through Los Angeles, Phoenix, Houston, and other large urban areas. Many of these large urban areas were one-light towns back in the day. As a result, there’s a lot more traffic on I-10 than this road was designed to handle.

No surprises here. I-95 basically hugs the Atlantic coastline from Florida to Maine. The fatality rate on I-95 is more than twice as high as the fatality rate on the Escondido Freeway, which was the first entry on our top ten list.

If you or a loved one was hurt or killed in a freeway or other car crash, contact the experienced Los Angeles personal injury attorneys at the Law Offices of Eslamboly Hakim for a free consultation.