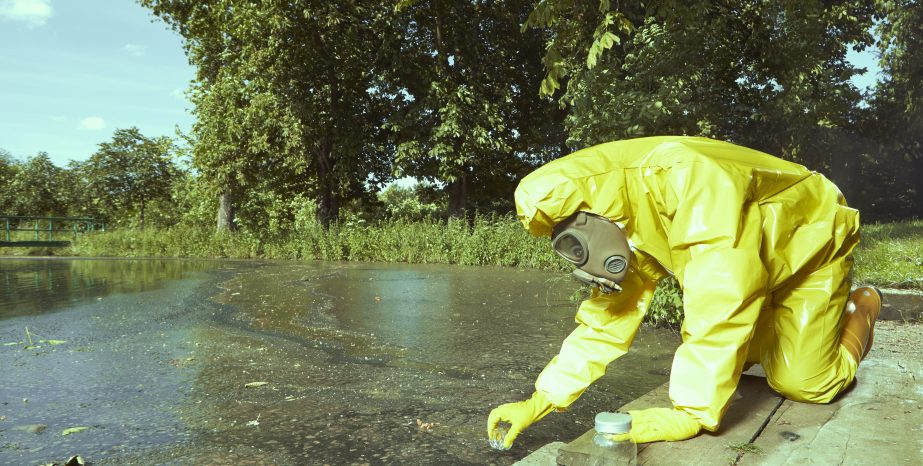 Since its founding in 1941, Camp Lejeune, North Carolina has been one of the largest and busiest Marine bases in the world. Since its establishment in 1775, the Marine Corps has been one of the most robust and effective fighting forces the world has ever seen. Environmental stewardship, however, has never been a strong point, for the Marine Corps or for any other division of the Defense Department. That’s especially true since, from the 1950s to the 1980s, U.S. water quality standards for military institutions were vague, at best.

During this period, Marine Corps mechanics routinely used PCE (tetrachloroethylene), a powerful industrial solvent and suspected carcinogen. The drinking water at Camp Lejeune was laced with this substance, and other dangerous chemicals. For decades, Marine Corps lawyers have pointed out that the EPA didn’t regulate PCEs, and other organic solvents, until the late 1980s. However, the Navy Department’s Bureau of Medicine and Surgery did regulate such substances. Even more disturbingly, the Corps suppressed a 1974 Camp Lejeune regulation which clearly showed the Marines knew about possible water contamination.

Finally, after many decades, the truth has come out, and the Marines have taken steps to make the water at Camp Lejeune safe to drink. However, these measures do nothing to help the estimated one million people, many of them children, who drank water laced with poisons while they lived at Camp Lejeune. Only a Los Angeles personal injury attorney, who’s tough enough and brave enough to take on the United States military, can obtain the compensation these victims need and deserve.

Toxic Chemicals in the Water at Camp Lejeune

As mentioned above, PCE was one of the primary contaminants in Camp Lejeune’s drinking water for several decades. However, there were others as well, such as:

In all, hundreds of dangerous chemicals were in the water at Camp Lejeune. These chemicals have all been linked with a number of serious illnesses.

The body cannot naturally process the chemicals in these substances. Therefore, researchers have determined that these chemicals build up and cause serious illnesses, such as:

People who lived and worked at Camp Lejeune between August 1953 and December 1987 are highly at risk for these diseases. Many of these conditions have very long latency periods. For example, the average cancer latency period is over thirty years. Even though the normal statute of limitations has passed, these victims, and their survivors, are still eligible for substantial compensation.

Eligibility is often straightforward. Basically, claimants must only show that they lived at Camp Lejeune during the covered period and they have one of the presumptive conditions mentioned above. Causation, or a connection between these two things, is often the hard part. At the Law Offices of Eslamboly Hakim, we use a combination of the latest technology and time-proven methods to connect these two things and obtain maximum compensation for your serious injuries.

Our technology, which relies on structured data, allows us to quickly evaluate your case. Instead of sorting through years of emails, medical records, and other documents, our time-saving platform jumpstarts your claim for damages and allows us to settle these claims more quickly. Additionally, we confidentially share this information with the expert witnesses on your case. More on that below.

Furthermore, the Camp Lejeune water contamination matter is evolving. Most likely, officials will add additional conditions to the presumptive list. Furthermore, the individual medical situations of our clients are constantly changing. Our technology allows us to stay abreast of these changes, so we don’t have to go back to square one whenever there’s an important new development in your case.

The methods we use involve selecting the right expert witness to support your claims. All mass tort cases, such as environmental poisoning matters, require such testimony. We select experts who have top-notch credentials yet are also able to connect with jurors on a personal level.

This combination of cutting-edge technology and proven methods allows our Camp Lejeune water contamination lawyers to obtain results that exceed your expectations, both in terms of the amount of a settlement and the speed with which we obtain it.

If you or a loved one drank contaminated water at Camp Lejeune and suffered as a result, contact the experienced personal injury attorneys in Los Angeles at Law Offices of Eslamboly Hakim & Sharona Hakim, Attorneys for a free consultation. We routinely handle such matters on a nationwide basis.